Let’s see how Mayor Steve Otis and bombastic and theatric Councilman George Pratt handle the City Council newbies in their first meeting tomorrow, Wednesday, January 2nd at 8pm. Forget Deal or No Deal on NBC or Wife Swap on ABC–tune in to the City Council meeting live on Channel 75 at 8pm on cable for the commercial free action.

We hope someone gave Mayor Otis a bigger mallet for the holidays so he can keep the meeting under three hours.

The agenda of thirty items includes: 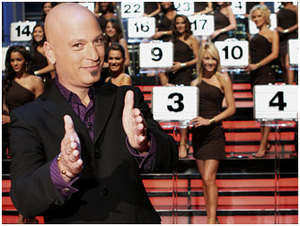 Half a ton of appointments by the Mayor to various commissions and committees;

Designation of the official City newspaper.

We’d like someone to tell us the difference between a board, a committee and a commission. Just a wild guess that the meetings for all of them are long and slow…