Last Wednesday at the Rye City Council meeting, Councilman Joe Sack ignited vigorous debate after he proposed term limits for members of boards and commissions. Councilman Sack provided the following commentary to MyRye.com as to why he is calling for term limits. What do you think? Leave a comment at the end of this story.

At the City Council meeting on Wednesday, I proposed term limits for members of boards and commissions. We will pick up the discussion again at the next meeting in August. The way I see it, this is a great way to ensure that new blood finds its way onto the boards and commissions. We have a ton of people both young and old with fresh ideas in town, and I want to give everyone an opportunity to participate. Since most people have a full plate with demanding jobs and active family lives, it is sometimes difficult to find volunteers to donate their time. But I have noticed of late a surge in community activism – in mobilizing support for local issues ranging from leaf blowers to stop signs – which I hope we can tap into for service in City government. 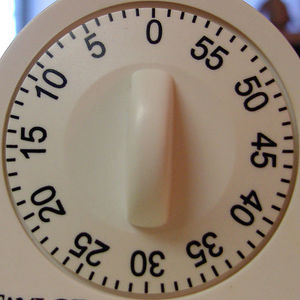 Certainly, I recognize the argument that there is a benefit to having people around for continuity and institutional knowledge.  But on balance, I think that is outweighed by having regular turnover to promote responsiveness, access and participation. The term limit would be 2 terms of 3 years (a total of six years) which I think is more than enough chance for anyone to have an impact and hit their stride before passing the torch to the next generation of members. And staggered terms of course work to naturally ease the transition.

For the highly motivated, there is nothing to stop them from instantly moving on to another board right away, thereby constantly introducing diverse and seasoned points of view to the mix.  If there are automatic openings, as there would be under my proposal, I think this will motivate people to get involved, rather than just leave it to the status quo or dislodge an entrenched member of 10 years or more. I greatly admire and respect the residents who unselfishly devote their time, but nobody (including and especially me!) is indispensable.

I remember after 9/11, there was talk of waiving term limits so Rudy Giuliani could stay on, but Mike Bloomberg has done just fine, and with the march of time, his successor will work out too. I look forward to a healthy discussion of this idea, and welcome any feedback or comments either way that people may have.