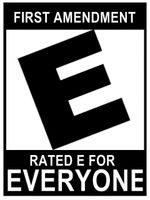 The City of Rye received this letter from the New York Civil Liberties Union (NYCLU)on October 10th charging part of the City Code violates the First Amendment to the United States Constitution. Rye's own John Jay, the first Chief Justice of the United States in 1789, would be appalled.

The City Code prohibits the display of political yard signs. The Rye police department told at least one resident to remove an Obama for President sign or be subject to a fine of up to $250.

"We have learned that the City of Rye’s City Code includes a provision that forbids posting of political signs on residential property….  The City Code violates the First Amendment to the United States Constitution and Article I, §11 of the New York State Constitution, the New York State counterpart to the First Amendment. A political yard sign is a classic example of the core political speech that is at the heart of the First Amendment’s guarantee of the right to free expression.  But the City of Rye has completely, and inappropriately, foreclosed a venerable means of communication that is both unique and important…

"[d]isplaying a sign from one’s own residence often carries a message quite distinct from placing the same sign someplace else, or conveying the same text or picture by other means … Residential signs are an unusually cheap and convenient form of communication. Especially for persons of modest means or limited mobility, a yard or window sign may have no practical substitute … Even for the affluent, the added costs in money or time of taking out a newspaper advertisement, handing out leaflets on the street, or standing in front of one’s house with a hand-held sign may make the difference between participating and not participating in some public debate. Furthermore, a person who puts up a sign at her residence often intends to reach neighbors, an audience that could not be reached nearly as well by other means." (emphasis in original.)
Id. at 56-57.

Accordingly, we would appreciate receiving your immediate written assurance that you will cease and desist from further enforcement of this zoning regulation and will change the law to reflect constitutional standards at the City of Rye’s next meeting." 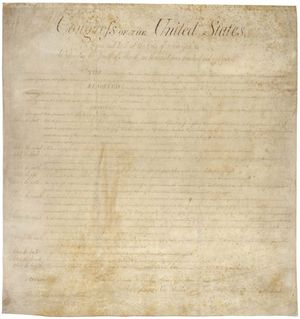 According the the NYCLU web site, "While the City has not yet responded in writing, Berns said Plunkett has given verbal assurance that the regulation’s provision with regard to political yard signs will be suspended until after the election at which time the City Council will review it. He also said a memo has been sent to the Rye Police Department informing them that the sign ban has been suspended for political signs."

Rye Mayor Steve Otis and Corporation Counsel Kevin Plunkett have not responded to MyRye.com's request for comment. The next regular meeting of the City Council will be held on November 5, 2008. Maybe some Rye high school history students can show up explain to the city how this free speech thing works…