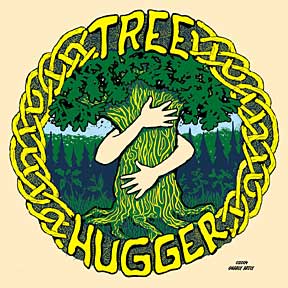 The Environmental Advocacy Group of Rye (EAGR) is launching a major campaign in 2009 to promote the protection and planting of trees throughout Rye. Called “Protect Rye’s Trees” campaign, the campaign will kick-off with an exhibit at Wainwright House entitled “Trees For Life.”

Opening with a public reception on Sunday, January 11th from 3-6 p.m., the exhibit will feature paintings of trees and woodland landscapes by Pelham artist Elasah Schaff-Smith. The exhibit focuses on the beauty and magnificence that trees bring to people. This and other art exhibits at Wainwright House will support the campaign by allocating one-third of the proceeds of all paintings sold to EAGR (more info - Wainwright House, 967-6080).

In recent years the number and health of Rye’s trees has declined, due to storms, environmental stress, invasive pests, and the wrong kinds of trees being planted or being allowed to grow. The campaign includes an educational component, a tree planting pilot project, a review and possible upgrading of Rye’s tree ordinances, and a series of fund-raising activities to cover the costs of the project. More than $20,000 is already in place from previous fund-raising efforts.

In light of the severe problems of flooding and the decline of street trees in the Indian Village area, EAGR has determined that the first “Trees For Rye” project will be held there.  Landscape designer and EAGR member Annie Gaillard has conducted a tree survey of the area and will be working with City officials to designate where trees or shrubs would be most effective along public streets. The residents of Indian Village will be cooperating fully in determining where on their private property trees should be planted.

The city council is holding a special meeting tonight, Wednesday, September 28, 2022. It was announced late Tuesday. The agenda seems to be driven by...
Read more
Green

Building on the beach clean up in July, Hen Island residents were back at it on Saturday, September 17th. The effort was part of...
Read more
Community Groups

Earlier this month a rain garden was installed on the grounds of the Rye Art Center at 51 Milton Road. Twenty volunteers joined the...
Read more