We called up the Jay Heritage Center, our own piece of American history (one of many) right here in Rye and asked for a presidential tidbit to share with our community on this great day.

John Jay, whose boyhood home is on the grounds of the Jay Center at 210 Boston Post Road, was a Founding Father of the United States, President of the Continental Congress, first Chief Justice of the Supreme Court, ambassador to France and Spain and an author of the Federalist Papers along with Alexander Hamilton and James Madison. 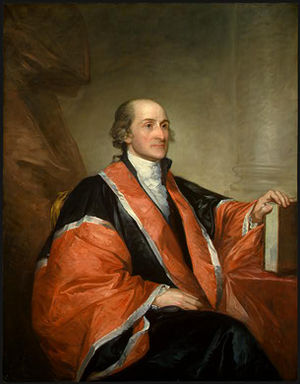 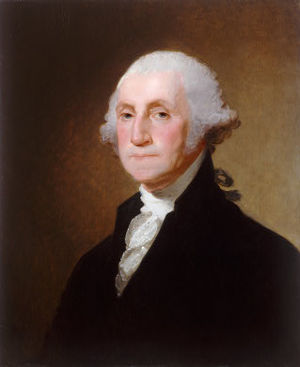 (Painting of George Washington by Gilbert Stuart) Jay subsequently introduced the artist to his friend and colleague, President George Washington, and a circle of other American leaders, setting in motion a prolific career for Stuart that would  lead to profitable commissions and iconic, charismatic renderings of all the first 6 presidents of the United States from Washington through John Quincy Adams. 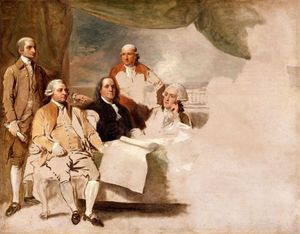 (The Peace Commissioners by Benjamin West) Before achieving such popularity, Stuart studied under Benjamin West, another notable artist of the period who preserved the moment of the signing of the Treaty of Paris that John Jay had negotiated in 1783. The unfinished painting titled "The Peace Commissioners" is one of the few group paintings picturing Jay (standing on the left) with Founding Fathers John Adams and Benjamin Franklin.

Jay's work as a Congressman for the State of New York precluded him from being present for the signing of the 1776 Declaration. So despite Jay's stature and integral contributions to the formation of our democracy, he is not featured in the group paintings commemorating the Declaration of Independence like the one by John Trumbull in the Rotunda of the Capitol in Washington D.C.

But in supporting and introducing talented artists like Gilbert Stuart, Benjamin West and John Trumbull to his colleagues (Trumbull had traveled with Jay to London as his secretary during the 1794-95 Jay Treaty negotiations) Jay had a meaningful, albeit lesser known role as a patron of the arts; as such, he deserves some credit for the inspiring images we have today of our Presidents and the events of America's birth.