Maggie and Jim Amico Call for Change – In Their Own Words

The following MyRye.com guest column is by Maggie and Jim Amico. The Amicos son Jarrid was killed in a tragic accident on Midland Avenue in 2006.

As many of you are aware on April 17th, 2006 our son Jarrid was struck by an oncoming van when he attempted to cross the Midland Avenue block right near Belluscio's Restaurant. On April 18th, at 3:40am our son Jarrid lost his battle for life due to multiple internal injuries. When questioned the driver of the van indicated that he "never" saw our son. If he were approaching a stop sign or some other traffic device, we are sure the outcome would not be the same today. 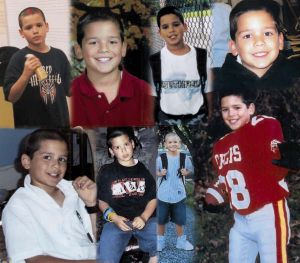 We have asked the Mayor and the city council since June of 2006, on numerous occasions, to please do something about Midland Avenue's pedestrian safety since our son's accident. This April 18th 2009 will mark three years since the loss of our son and still no action has taken place on Midland Avenue.

Just recently there have been discussions regarding adding a cross walk at the corner of Goldwin and Midland Ave, and the possibility of grading the road so  that it will potentially slow traffic down. We were told at the April 15th meeting of the Rye City Council that this is going to take a while. How much longer will we and the citizens who live on Midland Avenue have to wait for improved safety measures?  Three years since the death of a child is not long enough?

The following is what we would like to see done to improve safety on Midland Ave:

1) Police presence is crucial and  would enforce speeding and obeying of traffic signals, not just on Midland Avenue, but all of the schools especially during drop off and pick up times, and on the weekends when literally several hundred children and adults are visiting the soccer fields

2) Stop signs, which will force people to come to a full stop instead of being able to pick up massive amounts of speed between lights.

3) Several Crosswalks. Right now there are no crosswalk indicators anywhere on Midland with the exception of the three lights at Apawamis, Playland Parkway, and  Manursing

We believe if these measures are taken, then pedestrian safety is something we can finally accomplish in Rye.