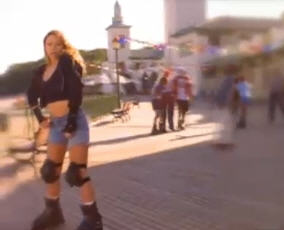 Well not exactly. Mariah Carey was at Playland in 1995. Filming a music video for the song Fantasy from her album Daydream. In terms of Hollywood, Playland is probably best associated with Tom Hanks and the film Big, but let's not forget these other golden moments for our amusement park that time forgot. 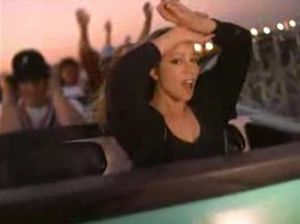 The music video was Carey's directorial debut and featured shots of Carey roller skating on the boardwalk, riding the famous Dragon Coaster and singing in the parking lot. Watch the video. She also worked with Puff Daddy to shoot a remix of the video with rapper Ol' Dirty Bastard.