With the November 3rd elections just around the corner, it’s time for MyRye.com to introduce you to the candidates looking for your vote. This is your city and your election, so tell us what you think of the candidates and of our coverage. Leave your comments below.

Today we begin with part one of our interview with Doug French, the mayoral candidate challenging Rye’s sitting Mayor Steve Otis who is gunning for another four years.

In part two tomorrow, French will give us his prescription for Rye’s flooding, grade Rye City’s performance including three issues where French assigns a “F” and he’ll tell us where he likes to eat out.

Your Day Job:Global Vice President at Thomson Reuters – a $15B global leader in providing news and information to businesses and professional markets.  I manage $1B in financial information products and services to the investment management community. 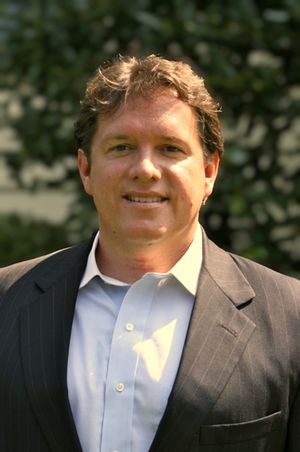 Co-workers would describe me as “Big-picture”

Registered Republican – also endorsed by the Independence and Conservative Parties.  Political parties at the local level are simply the mechanism to run for office.

I am running for Mayor because I think it is time for a fresh voice and new leadership to address the issues that continue to impact Rye.  The City has had a very difficult last few years, and after 12 years under one Mayor who is running to make it 16 years – it is time for change.  The challenges from the last 12 years of soaring property taxes, revolving management personnel turnover and controversies at City Hall, lagging capital improvements and the doubling of the City operating budget, can only be addressed with a change toward sound management, planning and decision-making — not only to reverse the path we are on, but to sustain our quality of life and build for a better Rye.

This is the first time since 2003 that Rye voters have a true voice in deciding who sits on the Council – in ’07 the parties merged and there was no real election and in ’05 one of the parties split the ticket and along with it their vote.

I am running on a platform of change on a complementary ticket of Rich Filippi, Peter Jovanovich and Suzanna Keith for City Council who together with me share a common bond of sound fiscal and operations management experience, and who also bring unique public service expertise in financial planning, flood mitigation, environmental issues and more.

1.  Property Taxes – The continued rapid rise of the “combo effect” of County, City and Schools is making Rye residents question whether or not they will be able to continue to afford to live in Rye or if Rye is even worth it compared to other communities.  The simple answer is to take what you are paying now in property taxes and double it — that is the projection of what one will be paying in 10 years.  The Council needs to change its agenda and make this its first priority.

2.  Gov’t Spending – the cost to operate the City was $17M ten years ago – it has now doubled to over $34M.  In a period when inflation was averaging between 2% to 3%, we cannot continue to spend at a rate of 10% a year – we need to change the financial path we are on.

3.  Rye First – Rye remains one of the highest taxed communities from the County and NY State yet continues to be asked to give more but get less.  These have been tough times for Rye in particular and we need to fight for our fair share — and join in with other Sound Shore communities to push for reform at the County and State levels rather than continue to accept ongoing spending hikes, tax increases and mandates.