With the November 3rd elections just around the corner, it's time for MyRye.com to introduce you to the candidates looking for your vote. This is your city and your election, so tell us what you think of the candidates and of our coverage. Leave your comments below.

Today we introduce you to city council candidate Richard Filippi. 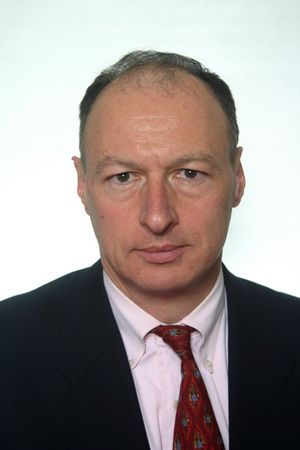 Position You’d Like To Have: I am running for Rye City Council

Your Day Job: Senior Consultant at Oracle Financial Services, where I provide solutions for financial institutions in identifying and managing risk and compliance issues.

I am not a member of any political party.

I was approached by both parties to run as a candidate for City Council based on my problem solving skills.  I feel that the City of Rye will require innovative thinking and management to tackle the problems it will confront in the next few years. I also felt very strongly that Doug French and my fellow candidates were a stronger team to affect real change within the City.

According to a member of the current Council the City is facing a deficit of $800,000 to $1 million in revenue shortfall.  We need to find alternative sources of revenue. One idea is to place a small cell phone tower on the Milton Fire house to generate alternate sources of income. Flood mitigation needs to be addressed first within the city and in partnership with upstream communities. I will make this a priority if elected.

1. Revenue deficit and Minimal Reserve Funds – Despite the 4.5% tax increase the City is facing a decline in Revenues with increasing expenditures due to decisions that were made in prior years.   These Reserve Funds which are set aside for infrastructure and long term capital spending have been depleted over the years to meet short term spending deficits despite the boom years.

2. Long Term Planning– The City needs to prioritize its infrastructure spending and work with various utilities to insure newly paved roads will not be torn up and patched, creating a rough road surface again. This requires a focused plan on what we want to achieve and how we intend to achieve these goals.

3. Addressing the problems of Rye such as Flooding with a consistent and unrelenting focus on the various plans and programs we have and will initiate.

No it is not prepared. The dredging of the Harbor has no effect as flooding occurs at high tide.

What are the most important things we need to do to prepare, how much will they cost and how should Rye pay for them?

1. The Sluice Gate combined with expanding the ability to retain more water.  This should be funded through the County, State and various enterprise funds.

3.  We need to insure the City has a continued focus on protecting upstream wetlands; Starting in Rye with the property across from the YMCA and focused action by County, State and neighboring communities.

This is not a City Council responsibility. The newly elected Board of Education of the Rye City School District is handling this issue.

The City has had decades to act but it took the 2007 floods for some limited action.

We are facing revenue shortfalls and have limited reserves. Excessive amounts are spent on legal fees defending the City, such as the Dredging Company, Paul Shew and Mr. Schubert or Consulting fees such as the three different consulting studies of the CVS building. Why is the city not managed better to avoid these fees and why not use highly qualified city employees instead of Consulting firms.

Public works including condition of sidewalks and roads and snow, leaf, garbage and recycling removal - A for 1 and D for 2

2. sidewalks and roads have been ignored for many years and it shows

Overall satisfactory, but the City has been slow to act on pedestrian safety. According to Mike Genito, former City Comptroller, it took a child being hit on Boston Post Road to put in a crosswalk.

Not Applicable – the School District is a separate taxing entity

Rye has terrific recreational opportunities for all.

In the years since the Floods only one area along the Brook in town has had the retaining wall fixed. The lack of repair or long term plan will increase the silting process in the Harbor, which will silt up in less than the last 10 year cycle.

1.  Water Runoff Committee – We devised regulations for handling water runoff to minimize flooding while improving water quality. The report was submitted in March 2008; however it was never brought to the City Council to vote for approval. It was used to obtain promised funding from the County for the Bowman Avenue sluice gate.

3. Conservation Commission/Advisory Council -   This commission guides the regulation, use, improvement, and maintenance of conservation facilities and programs within the City of Rye.

4. Friends of Rye Nature Center, Member of The Board of Directors of this 47 acre urban nature sanctuary. The Board is busy improving its long term plans for growth and financial stability.

1. Open spaces and big trees that you unfortunately simply do not see in other Sound Shore Communities

2. Sense of community, which my wife & I did not detect in many other Westchester towns when we were house hunting 15 years ago.

My family & I can be seen on a four mile power walk around town.  I also enjoy working around the house and gardening.

1. Sunrise Pizza, half sausage is our standard.

I live on Loewen Court near the Blind Brook, which is in the Osborn elementary school district and walking distance to the Middle & High Schools.

Your web site: http://changeforrye.com
Your phone: 646-942-2876
Your email address: Richard.Filippi@ChangeForRye.com