MyRye.com asked each city council and mayoral candidate for their "last word" – what they'd each like to say the voters of Rye before each of you head to the polls this Tuesday, November 3rd. We'll be running these "last words" Saturday, Sunday, and some may run Monday. 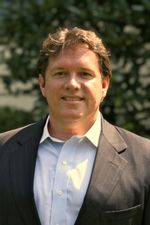 Dear Rye :  Your next City Council will make decisions over the next 4 years that will define our City for the next decade.  After 12 years under one Mayor, it is time for new leadership and a fresh voice to meet those challenges.  The Change for Rye team is not about changing Rye — it’s about changing what your government focuses on and how it gets things done.  We need to do better.  We have to do better.  Our City Management has turned over 4 times in 8 years, our City taxes have risen 80% this decade, we have 4 expiring labor contracts, our litigation costs are the fastest growing expense we face, and we continue to make poor decisions on our capital investments such as the purchase of the Lester’s building while our pedestrian safety, streets, and sidewalks are some of the worst in the County.  I believe sound fiscal management and business practices can have profound impact on public sector problems.  It works in NYC, it works in other communities and it can work here.  It is time to put the focus back on back the fundamentals of governing:  Taxes, safety and capital priorities.  I ask for your vote along my running mates Suzanna Keith , Richard Filippi and Peter Jovanovich on November 3rd.