Home People Is Councilwoman Parker a Millionaire? Find Out Today at 12:30pm on ABC-TV
People

Is Councilwoman Parker a Millionaire? Find Out Today at 12:30pm on ABC-TV

You can't make this up. 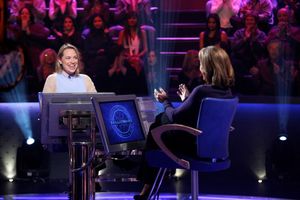 Rye Councilwoman Catherine Parker appeared yesterday on the television game show “Who Wants To Be A Millionaire” hosted by the Emmy Award-winning Meredith Vieira. Parker made it up to the $12,500 question on Tuesday’s episode.  She will continue as a holdover contestant on Wednesday’s show where she will start by looking at the $15,000 question with one lifeline left (“Ask The Expert”). The show airs at 12:30pm on WABC-TV. 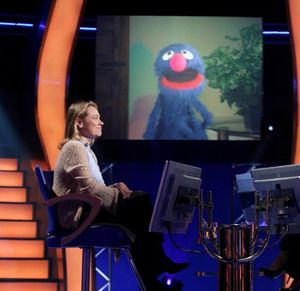 On Tuesday's show Parker used her “Ask The Audience” lifeline on the $7,500 question, which was:  Category, 'CELEBRITY QUESTION' (asked by Grover of Sesame Street) – “On “Sesame Street,” which is where I live, Oscar has a pet named “Slimey.”  What kind of animal is he?  A: Worm, B: Spider, C: Cockroach, D: Rat.”  The studio audience voted as follows:  A=94% B=0% C=3% D=3%.  Parker went with the advice of the audience and correctly guessed the answer to be “A.”

Parker used her “Double Dip” lifeline on the $12,500 question, which was:  Category, 'Auto Safety' – ““Ignition interlock devices” are safety mechanisms that can be added to a car to prevent the driver from doing what?  A: Exceeding the speed limit, B: Driving while drunk, C: Driving in bad weather, D: Not wearing a seat belt.”  Parker's first guess was the correct one – “B.”

“Who Wants To Be A Millionaire” gave MyRye.com a sneak peak at Parker's $15,000 question she will field on today's show:

For $15,000 – Category, 'Literary Allusions' – “The 2009 headline “The Scarlet Letterman” puns on the title of what author's classic novel about sexual impropriety?  A: Edgar Allan Poe, B: Mark Twain, C: Charles Dickens, D: Nathaniel Hawthorne.”  The correct answer is “D,” but you’ll have to tune-in at 12:30pm today on WABC-TV to see if Parker is able to correctly answer the question!