Let Them (Park and) Eat Clams! 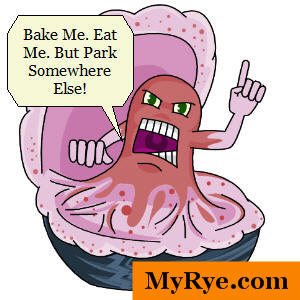 In the wake of the ongoing Rye Town Park kerfuffle over car parking some Rye residents are saying "Let Them Eat Clams" – this Saturday, June 26, 2010.

The Rye 350 Committee, charged with celebrating Rye's very big 350th birthday, will set-up the two pavilions at Rye Town Park for a clambake. The event will run 6pm to 10pm and costs $30 per person. Tickets can be purchased prior to the event by calling 939-3075 x100. Tickets can also be purchased at the door.

Kelly’s Sea Level, a Rye fixture since 1976 (a mere 34 years), will be baking the clams and also serving up hotdogs, hamburgers, corn-on-the-cob, salads and drinks.

According to the event organizers, clams were a big part of the early settlers’ diet back at the time of Rye's founding in 1660. No word about the parking situation back then.

Parking will be available in the Rye Town Park lot on Dearborn Avenue for $2 per car.