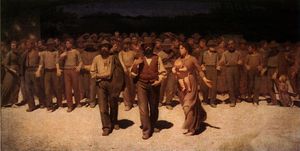 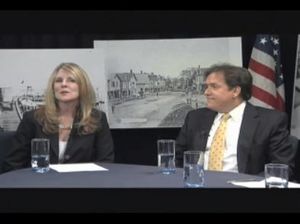 It provides us endless hours of TV and web based Rye City Council meetings, Board of Education meetings, Eye on Rye and other programming including a new show called Rye Press Room, a hyperlocal poor man's version of NBC's Meet the Press.

We were particularly excited when Rye Mayor Doug French mentioned the new show to this publisher, how MyRye.com would be welcomed onto the show and how he welcomed the "grilling" from the press. Apparently MyRye.com did not make the short list.

Mr. Mayor, was is something we said?

Is MyRye.com getting the cold shoulder? Or were we censored by Rye Press Room host MaryEllen Doran before a production assistant sent "send" on the invitation email? Ouch! 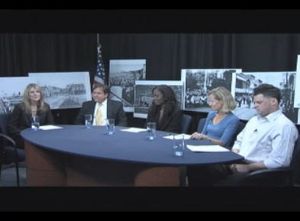 (PHOTO: Where is MyRye.com?)

Our friends Robin Jovanovich from the Rye Record and Chris Falcone from the Rye Sound Shore Review were invited. Even Satta Sarma who runs Patch for the mega brand AOL was invited – no busy signal there. Does an independent voice not rate as part of Rye's fourth estate? Is MyRye.com part of the fifth estate?