Rye Resident Up for Baseball Hall of Fame 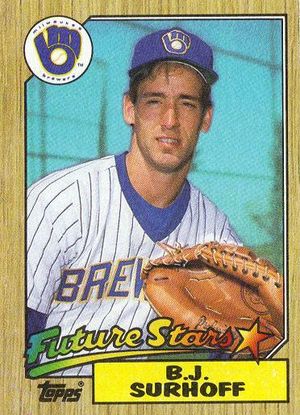 Former Rye resident and Rye High School baseball star B. J. Surhoff is up for the Baseball Hall of Fame in Cooperstown. Surhoff is making his debut on the Baseball Writers Association of America ballot for the Hall.

In the announcement, the BHOF said:

COOPERSTOWN, N.Y. – B.J. Surhoff began his career as the most highly thought-of amateur player in the United States.

He ended it as one of the most respected players in baseball.

Surhoff, who played 19 big league seasons for the Brewers, Orioles and Braves, is one of 33 players on the 2011 Baseball Writers' Association of America ballot for the Class of 2011 at the National Baseball Hall of Fame and Museum. Surhoff is making his debut on the BBWAA ballot.

Surhoff graduated Rye High in 1982. Wikipedia recalls Surhoff "hit a monstrous home run as a visitor at Somers High School which cleared route 139 and hit the firehouse. The spot is still marked to this day."

If you remember either player, leave your memory as a comment below.