As a history buff sharing a February birthday with George Washington, Abraham Lincoln, and Ashton Kutcher, I am probably more attuned than others to these landmark dates which are all packed into the calendar's shortest month. I throw Ashton in there not because he should run for President but because he has changed the face of social media through Twitter and that is probably one of the best ways to follow My Rye on the go : )

But back to “Presidents’ days.” Our first president was born on February 11, 1732. George's friends and family would have raised a glass of madeira to that occasion for 20 years under the Julian calendar (named for Julius Caesar) until February 24, 1752, when the British adopted the Gregorian calendar instead (named for Pope Gregory XIII). Suddenly George's birthday was February 22nd and it is on that date that Americans began saluting him both during his lifetime and afterwards for his prowess as our Commander in Chief. In 1885, US President Chester Arthur made it official and signed a bill that made Washington’s birthday a Federal holiday. (It is probably one of the more memorable things Arthur did.) 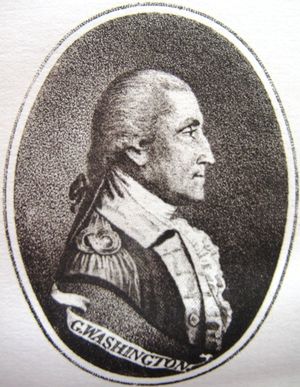 Our 16th president was born on February 12, 1809. As the man who led our country out of slavery and civil strife into the peace of national unity, Lincoln ’s life achievements certainly merited recognition on a national scale. And so one year after his assassination, he was remembered in Washington , DC before an assembly of Congress on what would have been his 57th birthday. Historian George Bancroft lauded the farm boy from Illinois in a stirring speech. "Lincoln took to heart the eternal truths of liberty, obeyed them as the commands of Providence , and accepted the human race as the judge of his fidelity… Lincoln finished a work which all time cannot overthrow."

Despite this swell of patriotism and the emotion surrounding Lincoln’s obvious legacy of reform, MyRye.com readers may be incredulous that his birthday was not then and has never been adopted as a Federal holiday like Washington ’s. Rather it was and is observed with closures and ceremonies on a state by state basis (Connecticut and Illinois are two examples) but in some states it is not recognized at all. 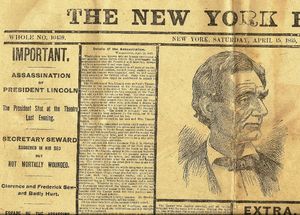 So how did we end up with Presidents’ Day, a generic catchall promoted by national stores like Kohl’s and Macy’s but technically not celebrated in our own Empire State ? The Uniform Holidays Act of 1968, shifted the problematic dates of many official holidays that fell at inconvenient times to predictable Mondays in an effort to ensure 3 day holiday weekends for Federal employees.

It was economical. It promoted tourism and travel. Since its implementation in 1971, the additional effect of the Act is that Washington’s birthday has never and will never fall on George’s actual date of birth, Gregorian or otherwise. But to be clear, neither the Uniform Holidays Act nor any subsequent law changed the official name of today’s Federal holiday from Washington's Birthday to Presidents’ Day nor did it add Lincoln’s name to the mix although individual states can elect to celebrate a twofer if they so choose.

So in all 50 United States , Monday was definitely George’s big day. But for example, if you live in Rye, New Hampshire you may also fold in a toast to Lincoln and even a nod to some of our other presidents. But if you live in Rye, New York, you already celebrated Lincoln’s Birthday on February 12 and today you are enjoying Washington’s Birthday and a just a slow, snowy start to the morning.