Eating Pie for a Good Cause… and a Good Laugh

Students and dessert-lovers around the world unite!

Today (Monday, March 14th, or 3.14) is National Pi Day. In 2009, the House of Representatives supported Pi Day, and made it a day designated to educate students about Pi, and to teach kids that math is fun! Pi Day is commonly celebrated by eating pie (go figure!). This year, Rye Middle School decided to make Pi Day not only about math, but about helping others, as well. 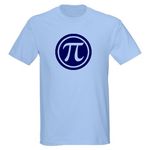 The best part about this contest is that all the money from the contest will be used for good causes.  It will be given to the Rye Middle School community service club, Reach Out Rye, who, in turn, will use the money to buy supplies for their Collection for Kids Drive. The Collection for Kids Drive includes giving supplies to two different organizations. VolunTravel, a community service travel organization, is organizing a trip to Peru this April to help orphans, and half the money is going to VolunTravel. Reach out Rye is expecting to raise $600 for these children. The other half of the money is going to babies whose mothers are in the Bedford Hills Correctional Facility.

Pictures and a story about the results of Pi Day will be posted on MyRye.com soon!  So, “Come Pi with me, come Pi, let's Pi away…” and remember math counts, so be there or be squared…

Jacqueline Beveridge is currently an eighth grader at Rye Middle School. She moved to Rye in 2007 after living in England for nearly ten years. Jacqueline enjoys reading, writing, traveling with her family and hiking.