Monday morning brought a different type of flood to Rye – politicians and media. Local politicos descended on our fair city to inspect the wrath Hurricane Irene left on the business district and Purchase Street.

The officials have been in contact with the Federal Emergency Management Agency (FEMA) and will be working to ensure that the Hudson Valley receives disaster aid. 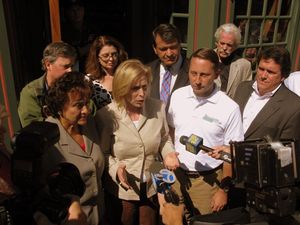 (PHOTO: On Elm Street looking down the side of the Rye Record building.) 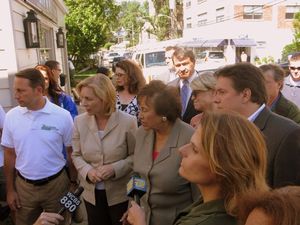 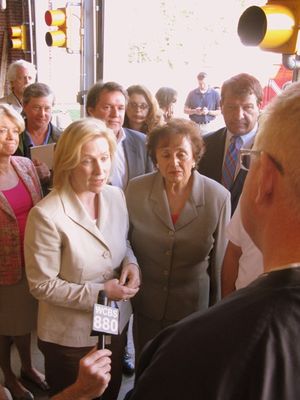 The City Council will hold a work session on flooding mitigation activities since Hurricane Ida this Thursday, September 15, 2022, at 6:30pm in City...
Read more
Flooding

In the wake of Hurricane Ida last September, members of the Rye Fire and Police Departments have started to receive training in swift water...
Read more