Clinton Biographer Speaks This Wednesday 7:30pm at The Osborn 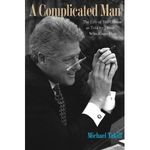 Michael Takiff, author of “A Complicated Man: The life of Bill Clinton as Told by Those Who Know Him” (Yale University Press), will be speaking at The Osborn on Wednesday, October 5, 2011 at 7:30 PM. The event is free and open to the public and will be held in the auditorium. It is jointly sponsored by The Osborn and the Rye Free Reading Room.

Mr. Takiff’s words from his website regarding how he gathered information and who he quotes in his book: “As I began interviewing, I wanted to cast as wide a net as possible.  I spoke to 171 people, some by telephone but most in person—I traveled from my home in New York City to Georgia, California, North Carolina, Massachusetts, and New Hampshire.  Twice I spent a week in Arkansas; I trekked to Washington, DC, perhaps 20 times.

The final book contains spoken text from 148 of those individuals, plus 21 whose interviews were conducted by one or both of two archives in Arkansas (the Butler Center in Little Rock and the Pryor Center in Fayetteville). Appearing in the book are people who grew up with Bill Clinton, worked for him, worked against him, investigated him, defended him, reported on him, loved him, hated him.

Everyone from the cousin who took took him to the Saturday afternoon Westerns in Hope, Arkansas, to a former chairman of the joint chiefs of staff, from classmates at every stage of his education to journalists like Sam Donaldson and Tom Brokaw, as well as over two dozen current or former members of Congress, from Democrats like Barney Frank and John Lewis to Republicans like Bob Dole and the late Henry Hyde.” 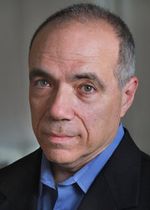 Mr. Takiff graduated from Yale in 1976 and is the author of “Brave Men, Gentle Heroes: American Fathers and Sons in World War II and Vietnam (Wm. Morrow, 2003)".