On the heals of the defeat of a $20 million bond for Rye school expansion, a Rye resident has assembled a web site that establishes a correlation (and possibly causation) between zoning, school enrollment and taxes. 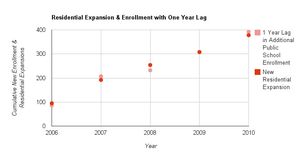 Tell Mayo-Smith what you think by taking his survey.