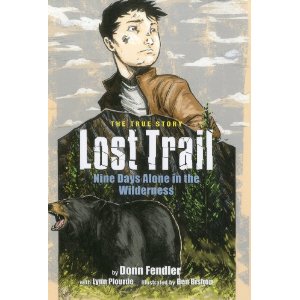 Back in 2009, MyRye.com told you about the story, seventy years ago, a 12 year old boy from Rye became lost in the Maine woods on Mt. Katahdin for nine days. The story of Donn Fendler was originally published as a book called Lost on a Mountain in Maine in 1939.

Now there is a new graphic novel called Lost Trail: Nine Days Alone in the Wilderness that tells Fendler's story. And a young Maine filmmaker is working to raise $15,000 to shoot pieces of what he hopes one day will be a feature film about Fendler's experience.

The Rye Free Reading Room ought to get Fendler to come down and give a talk.

Watch this video of a recent interview with Fendler about the story and book project.

Did you know Fendler when he lived in Rye? Leave a comment below.