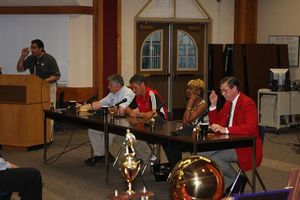 Representatives of the great Rye sports tradition shared stories and thoughts at the Middle School Tuesday night in front of a crowd of forty or so. Asked why Rye is so good in football, Coach Garr said Rye is full of "high powered families with high expectations" and recounted the question he always asks his teams – "How good do you want to be?" 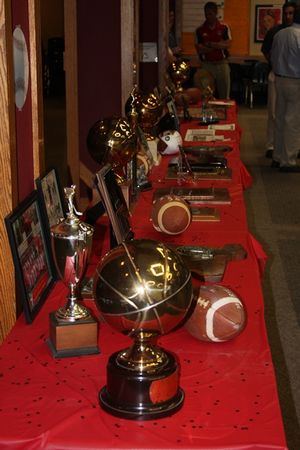 Dell said "winning becomes a habit", Garr said "winning breeds winning" and all in the front of the room spoke about the commitment of families in Rye that is so essential to the success of sports here. The Old Garnet (AKA Steve Feeney) spoke about coaching, commitment and continuity, saying it is "part of the fabric of Rye to have these levels of success." 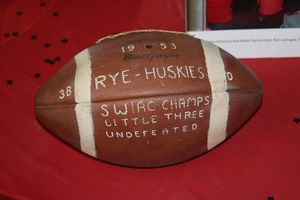 All spoke about winning teams over the years, including Coach Savage who recounted the girl's soccer New York State win in 2008 and the number one rated national team in 2010. The panelists also emphasized the importance of playing multiple versus a single sport.

Garr made an impassioned plea for more field space in Rye – remarking that more fields are tied to both athletic and student excellence. "We are the Notre Dame of Westchester," said Garr.

Watch for the replay on RCTV.