Home Government EAGR to Speak for the Trees: Let’s Get Our Tree Facts Straight!
Government

EAGR to Speak for the Trees: Let’s Get Our Tree Facts Straight!

Let’s Get Our Tree Facts Straight!

[The column is, in part, a response to Matt Fahey's column last week.] 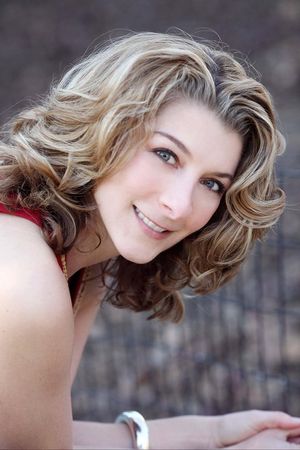 A recent New York Times op-ed article entitled “Why Trees Matter” stated that “We have underestimated the importance of trees. They are not merely pleasant sources of shade but a potentially major answer to some of our most pressing environmental problems. We take them for granted, but they are a near miracle.”

Here in Rye, trees offer a vast bounty of beauty, shade, and environmental boon. Trees are a natural ally in reducing the severity of Rye’s flooding problem which has become worse over the past decade. It is estimated that the average tree in the Northeastern U.S. absorbs over 1,900 gallons of stormwater runoff per year. Per the Northeast Community Tree Guide: Benefits, Costs, and Strategic Planting (published by the U.S. Forest Service), "Studies that have simulated urban forest effects on stormwater runoff have reported reductions of 2 to 7 percent…(Reductions of) stormwater runoff are substantial for all tree types.”

Sadly, our trees are threatened from every angle – whether it be from invasive plants and insects, construction and development, a changing climate, or those who foolishly argue that individual rights trump any reasonable regulation on behalf of the greater municipal common good. The results of a U.S. Forest Service Study National results that were released in February 2012 indicate that “tree cover in urban areas of the United States is declining at a rate of about 4 million trees per year …Tree cover in 17 of the 20 cities analyzed in the study declined while 16 cities saw increases in impervious cover, which includes pavement and rooftops.” The study included a cost/benefit analysis that showed that “The benefits derived from urban trees provide a return three times greater than tree care costs, (including) as much as $2,500 in environmental services such as reduced heating and cooling costs during a tree’s lifetime.” 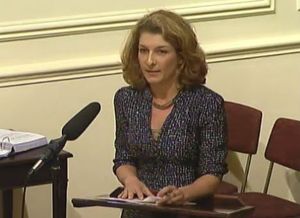 The Environmental Advocacy Group of Rye (EAGR), the Conservation Commission/Advisory Council and members of the Planning Commission have been working on amendments to the City of Rye tree ordinance (Chapter 187) since 2008. As part of this process, we have studied and reviewed the tree ordinances of many neighboring Westchester municipalities including Mamaroneck, Tuckahoe and Irvington. Our amendments would bring our tree ordinance in-line with those of our neighbors who are better protecting their trees from unnecessary removals and would lead to residents thinking twice before cutting down a large, healthy tree. Over the span of a couple of weeks in 2011, we collected over 137 signatures from Rye residents in support of the improved tree ordinance. Leading up to the opening of the current public hearing, the City Council has received numerous emails in support of our proposed amendments that are public record and available for review.

A revised draft which includes EAGR’s proposed amendments is available from the City Manager’s office. Several specifics were factually misrepresented in a previous article published on this website including an assertion that residents “will be required to place funds equal to the cost of the tree removal in escrow pending the “adequate removal” of the tree. It is unclear where the author of said article obtained this incorrect information. The author also claims that this is a “new law” which is entirely untrue as our revisions are merely amendments to an existing law – Chapter 187 – which already regulates tree removals within private property setbacks and historic districts.

The author also states that private property rights are being infringed upon by the amendments. He fails to consider that the City of Rye already restricts countless private property actions including the type/height of fences we can erect; the number of floors we can put on our new homes; how large a house/addition we can build; and so on. Most of these restrictions to our property rights are accompanied by a mandatory application to the City with a requisite fee and fine if we do not comply. We tacitly accept these regulations upon becoming a property owner within the City of Rye.

Below is a correct and accurate summary of our proposals. EAGR hopes that better protection for our City’s trees will come to fruition in some way, shape or form. We urge all those in support of our amendments to attend the public hearing and voice their support through an email to the City Council at mayor@ryeny.gov or by saying a few words at the next City Council meeting on Wednesday, June 6th.