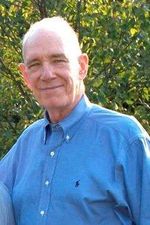 The Rye City Lions Club announced that Joe Murphy has been selected as the 2012 recipient of the James A. and Marian M. Shea Community Service Award.  The Award was established in 2003 to recognize an individual who lives or works in the Rye Community, who has contributed to enhancing the lives of its citizens by volunteering services of an outstanding nature.

Joe Murphy has served as a volunteer in Rye for many organizations over the years, most notably are Joe’s many years of work with Marian Shea on behalf of senior citizens in Rye. With Marian, Joe was the co-founder of the Rye Senior Advocacy Committee which was established by the City Council in 2002 to offer information, advice and links to services to Rye seniors.

Joe also served on the Rye Conservation Commission from 1999-2009, serving as chair from 2003-2009. He also served on the Board of the friends of the Rye Nature Center for many years and helped guide the evolution of that group and their current management of the Nature Center. Joe is also a former Commander of Rye’s American Legion Post 128, a former member of the Rye City School District Board of Education, and a former member of the City of Rye Finance Advisory Committee.

The annual award will be presented November 9, 2012 at the 85th Anniversary Charter Night Gala Dinner of the Rye City Lions Club at the American Yacht Club. For tickets, please contact Dave Heller, Secretary/Treasurer at Dheller813@aol.com or 967-7041.