Home Government A Woman in Blue for Rye
Government

A Woman in Blue for Rye 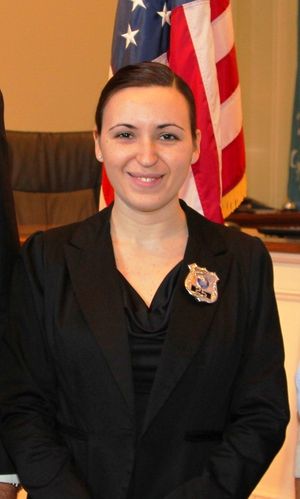 Leila M. Molle has been appointed to the position of Police Officer in the City of Rye Police Department, effective January 70, 2013. She was sworn in at Rye City Hall on Friday, January 4, 2013.

Police Officer Molle, 28, is a graduate of the Fashion Institute of Technology. A resident of Cortlandt, she follows in a family tradition: her mother, Catherine Johansen, recently retired as a Lieutenant in the Peekskill Police Department, where her stepfather, Eric Johansen, was recently appointed Chief of Police. 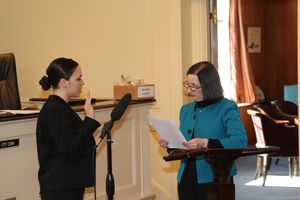 Police Officer Molle will be assigned to the Westchester County Police Academy for basic recruit training, after which she will begin the Department’s field training program, a structured curriculum designed to familiarize newly hired officers with the community and Departmental procedures under the guidance of experienced officers.