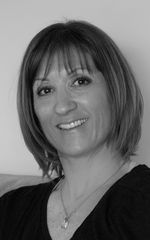 Rye resident and British expat Jo Bryan was recently featured as the "Expat of the Month" on the BBC America web site for her work making expats in the area comfortable and welcome. Bryan is the publisher of RyeExpats.com, a web site that includes translations and many other helpful tips for expats arriving in Rye. She also runs the Expat Connection, a group of about 150 expat families in the area.

"Brits can be found all over the U.S., with many of them congregating in the bigger places like Los Angeles, Chicago, and, top of the heap, in New York. Manhattan is the glitzy home for plenty of expats, but there is also a surprisingly large expat community in Rye, a city in Westchester County in upstate New York.

The city may only have a population of 16,000 or so, but our British Expat of the Month Jo Bryan is one of their happy residents, having arrived here with her young family nearly eight years ago from Tunbridge Wells in Kent, after her husband Mike was transferred to the U.S. by Bank of America.

But why Rye? “When we came out to look for a rental property, I fell in love with Rye as soon as we arrived,” she told us. “Living close to the coastline and the amazing feeling of community made me feel very comfortable…”

Soon after her arrival she became involved with an expat group based in and around Rye, “I was introduced to them by a neighbor — another U.K. expat! — and took over running the group in 2007, when we had just 35 families on our membership list. We now have 153 families, mainly from the U.K., but also covering most of Europe, Australia, New Zealand and South Africa.”

As the group’s membership grew, a database of information began to grow alongside it, and in 2009 Bryan decided to collate all the information into a book she called Tried & Tested. The valuable tidbits on the pages included “everything from where to buy home comforts or find a gardener, to rules on snow clearance and garbage collection and a whole section on American terminology!”

As useful as this guide book was, it quickly needed updating and was costly to produce, so the Internet came to the rescue: “I came up with the idea of a website as a central location, so I taught myself web design and built RyeExpats.com and launched it in September 2010.”

Bryan is a photographer, see her pictures of Rye.