The Rye City School District has named Dr. Iris Arest and Ms. Karen Kozan Teachers of the Year! Before an audience of staff members from throughout the District, Dr. Alvarez congratulated these two extraordinary individuals as he presented the awards, continuing an annual Rye tradition. 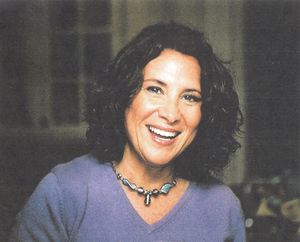 Dr. Arest is a School Psychologist at Rye High School, responsible for the coordination of testing, evaluations, counseling, observations, CSE meetings and student reviews, among many other duties. She additionally provides guidance and support to students and parents alike, making sure families’ needs are met.

Her colleagues have acknowledged her work ethic, availability, support, kindness, resourcefulness, honesty and unmistakable commitment to doing what is best for her students. Dr. Arest is widely described as someone who does not give up. She is dedicated to her work and finds solutions to situations, regardless of how difficult they are. Current and former staff members have described Dr. Arest’s quick willingness to troubleshoot problems and offer sound advice. She takes the time, displays the compassion, and goes the extra mile, and her contributions to the District have been felt across all avenues.

Dr. Arest stays late and works long hours as well as on weekends, going above and beyond to make the best of every situation. She is accessible at off-hours as someone her students can always turn to. As Dr. Alvarez stated, “It is clear that she is a valuable mentor to her colleagues; a source of support and encouragement. She has given a great deal of her life to Rye High School and loves what she does, and we are proud to give back to her with this honor today.”

Dr. Arest has earned the trust of many teens and has been a friend to many in the community, attending events including athletic games and even holding roles in some shows and musicals. Additionally, Dr. Arest was a class advisor for the High School Class of 2004. She has received countless cards and letters from parents and students extending their gratitude for the positive, long-lasting effect she has had on their lives. 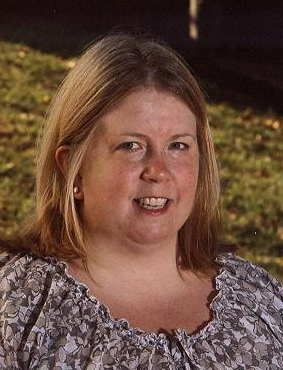 Ms. Kozan is a kindergarten teacher at Milton, where she has worked for 15 years, during which she taught other grade levels as well. She is most widely known and praised for her work with kindergarteners, though, setting a positive foundation for the rest of their school years.

Ms. Kozan has been a member of many district-wide committees. She has served as Faculty Club President and is currently a Union Representative. She has supported many initiatives at Milton, including the K-5 Buddy Program, the annual UNICEF drive which she organizes, and the NYSUT-sponsored food drive that she also leads. She works closely with the PTO’s Philanthropic Committee in engaging the school community in charitable events.

Described by her fellow staff members as a friend, a supporter, and a mentor, Ms. Kozan has collaborated with many of her colleagues and has additionally worked closely with special education students and staff as well as ELL families. She has been innovative and creative in developing different ways to teach curriculum, integrate new tools, and meet various learning styles. Many of her students remember her use of song and dance to teach important concepts. Her students often stay in touch with her throughout their time in the District and even well past graduation.

As Dr. Alvarez stated, “Several years back, before some of us were here in the District, Milton classes were relocated to portables at Midland during a construction project. Ms. Kozan was one of the teachers assigned to the new setting for about a year, and she embraced the change. She was calm and enthusiastic in providing a nurturing, comfortable learning environment for students during this time.”
Ms. Kozan is a valuable part of the Milton family.