To Catch a Thief – Commentary by Ted Carroll 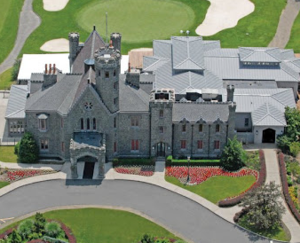 To catch a thief, one must generally actually try to catch a thief. It’s a simple premise. Motivation and aligned interests in thief catching are considered essential for success. This was perhaps most famously demonstrated both in an original 1952 novel by this title authored by American David F. Dodge and thereafter by the 1955 widescreen Technicolor film directed by Alfred Hitchcock staring Carey Grant as the retired jewel thief “le chat” living in the post WWII French Riviera.

In both book and movie the main character, John Robie, is a successful ex-jewel thief suspected by French police of having “unretired” after a series of robberies in which his prior tradecraft is employed. This brings down the weight of police suspicion on a wide group of prior convicts whose wartime services to the French Resistance, like Robie’s,  have earned them unofficial amnesty so long as they avoid future crimes. Peer pressure within Robie’s group of ex ‘maquisards’ quickly builds to dangerous levels and Robie sets out to clear his name (and perhaps save his own life) by catching the imposter jewel thief, all the while being actively sought for arrest by the police.

Dodge’s novel, adapted for the screen by John Michael Hayes and Hitchcock, is powered by this dual-incentive pressurization on the protagonist – by the free convicts who wish to remain free and by official law enforcement, embarrassed by these spectacular new unsolved crimes. Robie thus sprints into the hunt for the imposter creating a suspenseful adventure supported by glamorous bejeweled women and dangerous action sequences.

Today, 58 years after the film’s release, half a world and over half a century away from the post WWII French Riviera, in a stone castle in the suburban hamlet of Rye, New York, another series of robberies have been revealed. Beginning in 2007 and ending in late 2012 after a local citizen led revolt uncovering municipal employee theft of historic proportions, a team of high priced Manhattan attorney investigators in February 2013 delivered a 17 page summary report backed up by 67 separate exhibits detailing substantial systemic failures of Rye municipal supervision, oversight and honesty.

And while this report identified a high level city employee as the primary castle-caper culprit, it stopped short of identifying or pursuing any other municipal higher-up’s as facilitators, accomplices or co-conspirators. It didn’t even call on them to testify about their knowledge of his activities under oath. This investigation scope limitation is contrary to both the engagement parameters (unlimited) and contrary to the written and vocally expressed wishes of the taxpayers who paid for it.

Instead the investigation was truncated and dumped into another larger government body, the county district attorney’s office – where Rye’s prior municipal attorney (who was personally responsible for direct legal oversight of the primary culprit in these thefts) now floats above the county DA herself as a senior political appointee of the current county executive. Perhaps unsurprisingly, 6 months after the truncated city investigation was “transferred” to the DA’s office, silence reigns.

I will not assert that mid-1950’s post-WWII Rye was some kind of Technicolor wonderland, where honesty, truth and fair dealing were supervised by a beneficent ever diligent law enforcement system. But I will posit that local U.S. veterans who fought for our county’s very survival returned not only thankful to be alive but also more keenly intolerant of any hint of governmental fascism, incivility or systemic wrongdoing than we seem to be now almost 70 years removed from those killing fields. Many here have told me as much.

Elected officials today still enjoy their own kind of “unofficial amnesty,” the electorate supports their freedom to govern in their name unless a string of shocking high profile crimes remain unsolved and stonewalled. Peer pressure, coupled with an active free press, can provide potent dual-incentive pressurization to sun-light unglamorous actors. Elections can also. Try to find out where each local candidate stands on honest dealing and transparency and the biggest, most embarrassing, monetary theft in Rye City history. And if they can’t or won’t speak plainly about their views on these crimes then perhaps they actually don’t want to see justice – or to catch a thief.