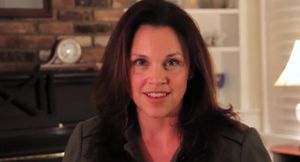 What are the three most important issues for Rye in 2014?

The Rye Golf Club has been mired in scandal and badly mismanaged. Questions:

Word Association: tell us the one word you associate with each of these topics:

Tell Us About Your Campaign:

What “ticket(s)” are you running on? Rye United.

Who else (if applicable) is running on your ticket?  Joe Sack for Mayor, Julie Killian and Terry McCartney for City Council.

What local organizations have endorsed your candidacy?  Republican, Conservative, Independent.

What are the three most important endorsements you have received from local residents?  My family, my neighbors and my friends.

How much money has your campaign raised as of Sunday, October 20, 2013? For questions regarding campaign finance, please see the detailed filings on the New York State Board of Elections website.

How much of the money raised to date is from you, your immediate family or relatives?  no answer

How much of the money raised to date is from individual donations of $100 or less?  no answer

What percentage of money has been spent on postal mailings to Rye homes? no answer

What percentage of money has been spent on advertisements in local newspapers or web sites? no answer

What comprises the other major expenditures? no answer

Tell Us More About You:

Where do you live in Rye?   19 Reymont Avenue

If your co-workers (from your day job) were to describe you in a single word, what word would they use?  Determined

Did you have a summer job in high school and if so, what was it?  I had a couple of jobs.  I started babysitting when I was 12 years old.  At 14, I was a hostess in a local restaurant.  At 16, I was a lifeguard.

Tell us about your family.  Andy and I have been married for 15 years and we have three daughters: Audrey (6th grade), Claire (4th grade) and Tessa (Kindergarten).  All at Rye schools.

What’s your favorite Rye area restaurant for “date night” with your partner? Koo

What’s your favorite Rye area restaurant for take-out or delivery when you are having dinner at home with your family?  My kids love Planet Pizza!!

Where might we find you on a Sunday morning?  Riding my bike, as long as it’s not too cold.

What is your most unusual skill?  It’s not unusual, but I like to bake.

What is your political affiliation?  Democrat