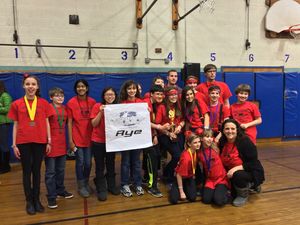 Science Olympiad is a national organization dedicated to improving the quality of K-12 STEM (Science, Technology, Engineering and Math) education through increasing interest in these topics. Science Olympiad strives to provide recognition to students and teachers, with the long-term goal of creating a technologically-literate workforce.