A fifth grade girl was struck by a car on Rye's Boston Post Road last night. Unconfirmed reports are the girl broke an ankle or leg. Rye PD is reserving any additional comments until the Westchester Police inspect the vehicle that struck the girl, but here is their statement: 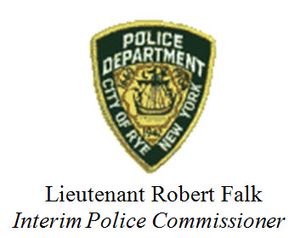 An eleven year old child, was crossing the Boston Post Rd from west to east when the child was struck by a vehicle going northbound on the Boston Post Rd. Rye Police, Rye Fire Department and the Port Chester Rye Ambulance responded immediately to the accident location. The child was transported to Greenwich Hospital in stable condition and later transported to Westchester Medical Center.

Westchester County Police were requested for their Accident Investigation Unit due to the seriousness of the injuries sustained by the child. Westchester Police also sent several support units to assist with traffic at the scene. The Boston Post Rd. was shut down to traffic for several hours and reopened after midnight. The accident is still under investigation at this time.