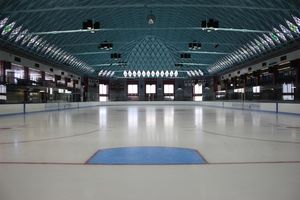 County Executive Robert P. Astorino will take to center ice to celebrate the reopening of the Playland Ice Casino under new operational management and usher in the college and high school hockey season tomorrow, October 30, at 9:45 a.m., at Playland Park in Rye.

WHAT: Reopening of the historic Ice Casino at Playland, which was forced to close due to extensive damage caused by Superstorm Sandy.

WHERE: Ice Casino at Playland Park, Rye
Located directly behind the Fountain Plaza at the front of the park
Take the New England Thruway (I-95), Playland Parkway Exit 19