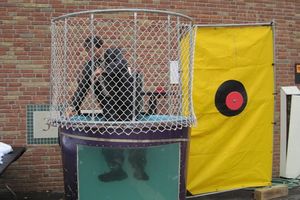 Latimer told LoHud.com there was some sort of disagreement:

"State Sen. George S. Latimer's Rye home has fallen into foreclosure proceedings because Latimer has allegedly not paid his mortgage since January. 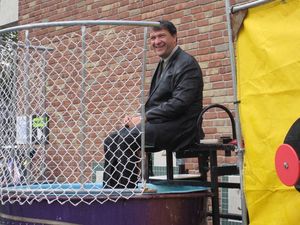 Papers filed in state Supreme Court in White Plains allege that the Latimers borrowed $355,250 from JPMorgan Chase Bank in 2006 and were supposed to make $2,363.49 monthly mortgage payments until 2036.

Carrington claimed that the Latimers haven't made a payment since Jan. 1 and asked the court to order them to pay the balance of $322,592.23 plus interest since that date.

Latimer said he and the mortgage company had a "disagreement" over payments made this year.

"While I will work through legal counsel to resolve the matter in court, I have copies of numerous payments made since January which prove the Inaccuracy of what the company has apparently asserted in their court papers," he said. "As of midday Friday, Dec. 19, I had not even received service of the court papers they filed."…

According to the city of Rye's 2014 assessment roll, the Latimers' single-family residence has a full market value of $753,926.