The Rye Arts Center (RAC) has named their honorees for its gala fundraiser on Saturday, April 18th along with some of the hottest auction items.

The benefit, entitled “Mid-Century Madness,” will celebrate the beauty and power of the arts with festive cocktails, hors d’oeuvres, music, and both silent and live auction.  Kim Berns, Eileen Neiman, and Peter & Robin Jovanovich will be honored for their collective creative spirit, enduring commitment to the arts, and longstanding support of The Rye Arts Center.

The event will take place Saturday, April 18th at Shenorock Shore Club in Rye, beginning at 7 pm.  Co-chairs Fiona Dogan, Suzanna Keith, Amy Lawrence, and Anne Pollard have been busy creating a mid-century event to include a martini bar, DJ, and finger foods popular in the 50’s.

All funds raised for the gala will go directly to support The RAC’s artistic programming, arts education and outreach initiatives. The honorees are: 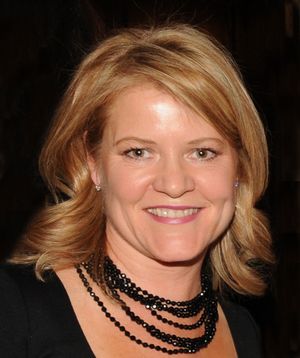 Eileen Neiman, Board member and immediate past President of the Board of Directors, is a steadfast arts advocate at the community, city, county and state level. She has been instrumental in leading the development of Teen programming in both the visual and performing arts, as well as serving on the RAC’s strategic planning, Gallery, Personnel, Finance and Nominating Committees. As an active Gallery Committee member, Eileen co-curated the RAC’s Cutting Across Cultures exhibition and for 6 years, chaired the Famous Artist Docent program for Milton School. She, along with husband, Richard, sponsor the annual Frye-day Night Live open mic event which showcases local teen talent. Eileen is an avid art collector, a community leader in youth and teen issues, and a devoted friend of The RAC. 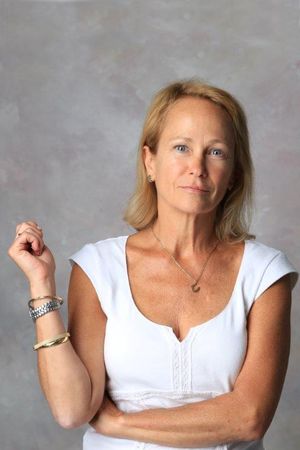 Kim Berns is a multi-talented performer bringing a wide-range of talents to the RAC and the community.  She is a professional comic, interior designer, journalist, and radio talk show host for WGCH.  Kim may be found doing standup comedy at venues such as Gotham Comedy Club, the Eastville Comedy Club and Caroline's on Broadway.  She has spent her lifetime writing, with her most recent job as an online columnist writing about the perils of being a wife and mother in the suburbs.  Her annual Ladies Comedy Night at The RAC is a perennial standing-room-only event. As a member of the Performing Arts Committee, Kim has been instrumental in bringing laugh-out-loud performances to hundreds of fans, all while raising much needed funds for The RAC’s outreach initiatives. 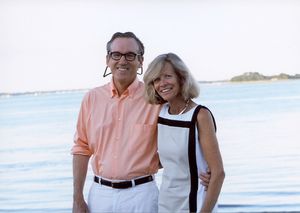 Peter and Robin Jovanovich are decades-long supporters of The RAC. Robin has served on the board, co-chaired RAC’s annual gala, acted in its musicals for several years, and has promoted the center in deed and word, including serving one year as the Gala Auctioneer along with Peter.  Both are devoted to the written word as an art form.  Peter was a book publisher for 33 years, and for many years has served as President of the Alfred Harcourt Foundation, which provides college scholarships to students of need. Robin, a former magazine editor, began writing for The Rye Record in 1998. She was named editor in 2000, and is now publisher of the community newspaper.  Robin and Peter are passionate about the literary arts, collectors of the visual arts, and champions of the art scene both near and far. 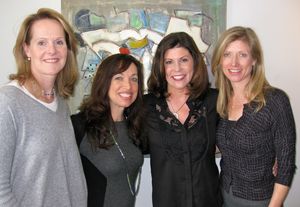 Tickets are $195 per person; for more information or to purchase tickets please contact Noah Optiz at 914-967-0700 or email noahopitz@ryeartscenter.org.

Helping Hands, the local service organization, is looking for your help this week to fill over 2,000 school backpacks for those in need. Volunteers...
Read more
Art in Rye, NY

The Rye’sAbove butterfly sculptures debut on the Village Green this Thursday at 11am. Last Friday, organizers from Rye Rotary and the Rye Arts Center were...
Read more