Just about a week plus out from the May 19th school budget vote, the Rye Fund for Education has added two trustees. The relatively new fund has already raised 700K and "seeks to raise money through donations from community members, alumni, corporations and others to fund grants to help maintain the excellence of Rye City Schools".

Depending on the outcome of the budget vote, the job may become harder and harder…

RYE, NY (MAY 8, 2015) ―The Rye Fund for Education announced today that Paul Murphy and Jimmy Roberts have joined as Trustees of the Fund. Murphy and Roberts join the four other trustees of the Fund, Dr. Frank Alvarez (non-voting trustee), Mary Payton Emery, Kim Abate and Richard Slack.
Mary Payton Emery, President of the Rye Fund for Education, said, “We are looking forward to working with Paul and Jimmy to make the Rye City School District the best it can possibly be.”

The Rye Fund for education was launched in September 2014. It is a non-profit, 501(c)(3) educational foundation established to raise and distribute tax-free funds for the use by the Rye City School District. Since its inception, the Fund has raised over $700,000 in monies and pledges from the Fund’s generous Founding Donors and through its popular “Got a Brick?” fundraiser, accessible on the Fund’s website: www.ryefundforeducation.org 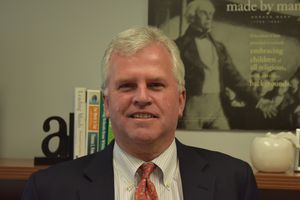 A longtime active member of the Rye community, Murphy served for many years as coach for Resurrection’s Catholic Youth Organization (CYO) basketball and Rye Little League. He runs the annual golf outing for his Indian Village neighborhood. He is a member of the Board of Governors at the Apawamis Club and currently serves as Head of the Membership Committee.

Paul lives in Rye with his wife, Lisa. They have three sons. 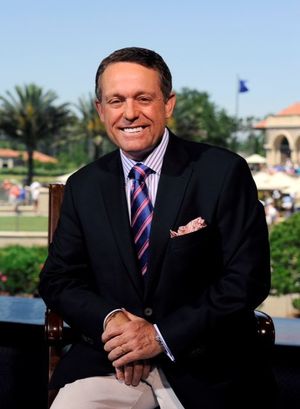 Jimmy Roberts is a 13-time Emmy Award-winning broadcaster and writer known most recently for his work on NBC and Golf Channel as an essayist, interviewer, feature reporter and studio host. Roberts is a fixture on NBC and Golf Channel’s coverage of the PGA Tour and other high-profile golf events, including the Ryder Cup. He is also a feature reporter at the Olympic Games for NBC and often serves as a weekend Sports Desk host for NBC Sports.

Roberts joined NBC Sports in May 2000 after a long career at ABC and ESPN, including stints as a SportsCenter correspondent covering the World Series, NBA Finals, heavyweight championship bouts, Super Bowl and the 1992 and 1994 Winter Olympics. In 1987 and 1988, Roberts served as a writer and producer of features at ABC Sports. Prior to that, he was an assignment editor and producer for ABC News (1985-87), where he coordinated and supervised coverage of sports for the division, and produced stories for ABC News. In 1984, he worked for Howard Cosell on ABC’s SportsBeat, writing and producing features for the Emmy Award-winning show.

Roberts earned a Bachelor of Arts degree from the University of Maryland in 1979. Jimmy lives in Rye with his wife, Sandra, and their three sons.

About the Rye Fund for Education

The Rye Fund for Education is a 501(c)(3) non-profit corporation operating as a non-partisan public charity in Rye, New York. The Fund’s Certificate of Incorporation was filed on March 1, 2013 and the Fund’s Employer Identification Number is 46-2481911. The Fund received confirmation of its tax-exempt status by letter dated June 3, 2014, retroactively providing such tax-exempt status effective March 1, 2013, the date of the Fund’s incorporation.

The Fund is independent from the Rye City School District, but its sole purpose is to support Rye’s public schools and educational excellence in our community. The Fund seeks to raise money through donations from community members, alumni, corporations and others to fund grants to help maintain the excellence of Rye City Schools.