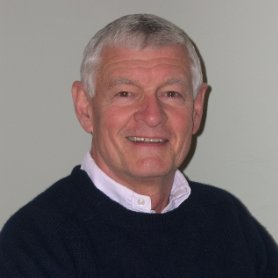 Rye, NY (June 16, 2015) — The Rye City School District today named Gerard “Rod” Mergardt as Interim Director of Physical Education, Health and Athletics while continuing the search for a permanent director. Mergardt was appointed by the Board of Education today, and will assume his post on July 1, 2015.

Mergardt succeeds Rob Castagna. Castagna is leaving at the end of the school year to pursue other professional endeavors.

Superintendent Frank Alvarez said, “In his 52 years in public education, Rod Mergardt has 34 years of experience in the field of athletic administration. We are very happy to have him join the Garnet family.” 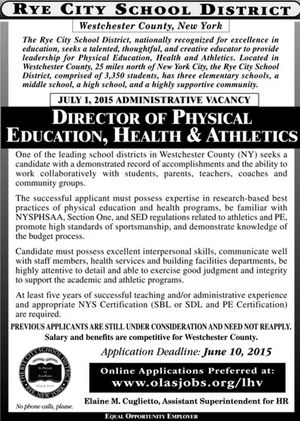 (PHOTO: The job, as listed here in the NY Times.)

“I am honored to lead the Rye City School District Department of Athletics during this transitional period,” said Mergardt. “The focus of the department will continue to be on the success of our students, both on and off the field.”

Prior to coming to Rye, Mergardt served as interim Athletic Director in the Tuckahoe, Ridgefield, Tarrytown, Byram Hills and Mamaroneck school districts. He was also Adjunct Professor of Sport Law at Manhattanville College and Supervisor of Undergraduate Physical Education student teachers at SUNY Cortland. Prior to retiring in 1996, he was the Director of Health, Physical Education & Athletics for the Bedford Central School District, and a Physical Education Teacher and Coach in Bedford for 5 years prior to that.