There will be more new blood over at Rye Arts Center. On the heels of new director Meg Rodriguez the RAC will soon have a new board prez. Current board prez Jeff Taylor is stepping down to make a run for Rye City Council. 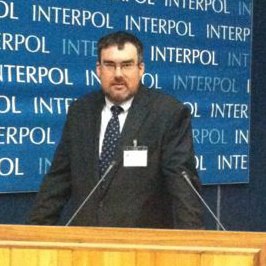 (PHOTO: Jeff Taylor will step down as RAC Board Prez.)

The Rye Arts Center announces that Dr. Jeffrey Taylor, Board President, has stepped down from his position, effective June 16, 2015, to pursue a candidacy for the Rye City Council.

Steve Cadenhead, current Board Vice President, will assume the role of Interim President until a new President is elected. Mr. Cadenhead has chaired the Personnel Committee and Systems Committee and also served on the Executive, Finance, and Programming Committees. He co-chaired last year’s very successful Annual Appeal, and laid the groundwork for the organization’s strategic plan.

Executive Director, Meg Rodriguez states, “Steve Cadenhead has been an essential member of the board since the day he joined. Jeff did a wonderful job leading the arts center through a period of growth and Steve is the right person to build on that success.”

Under the newly announced leadership of Ms. Rodriguez, The Rye Arts Center is beginning its Summer Season, offering a wide variety of week-long programs in the Visual, Performing, and Digital Arts. New classes include Filmmaking, and Plein-Air Painting and Drawing and more. The always popular Musical Theater Weeks will present Willy Wonka and the Chocolate Factory, and Little Shop of Horrors. This summer will also see the launch of STEAM/Engineering Academy, which offers robotics and engineering courses for teens.