The Rye Golf Club (RGC) has to be the Charlie Brown of golf courses. It simply cannot get a break.

Its former manager is headed to the slammer after ripping off membership in an elaborate scam.

Now golf members are looking for refunds as the RGC looks at options for recourse after using a fungicide, ALT 70, that has been recalled after damaging greens all over. 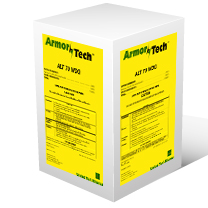 LoHud.com has a detailed story on the latest debacle:

"RYE – Rye Golf Club members won’t get refunds while the city negotiates a payout from the manufacturer of a fungicide blamed for killing turf and closing all 18 greens on the course.

The club placed temporary greens on the fairways after management closed the damaged areas in June, but the makeshift fix means that players can’t post scores under USGA rules.

The city, which owns the golf club and operates it as a self-sustaining enterprise fund, has a no-refund policy which is built into membership contracts….

Tessenderlo Kerley Inc. recalled its fungicide ArmorTech ALT 70 after a number of courses in the country reported deteriorated turf. City Councilman Terry McCartney said the company has sent representatives to inspect the grounds and meet with officials.

“We made a demand for full and complete damages that we suffered and we expect there to be negotiations for that demand,” he said."