Rye resident, Lincoln scholar and former SVP of public affairs for the Metropolitan Museum Harold Holzer has been named director of the Roosevelt House Public Policy Institute at Hunter College: 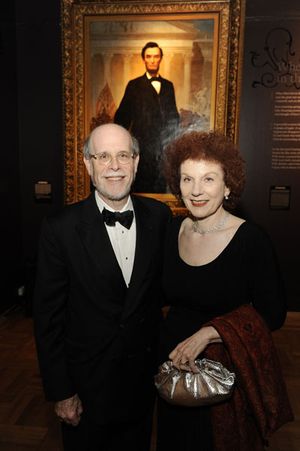 "August 13, 2015-Hunter College President Jennifer J. Raab today announced the appointment of Harold Holzer as the Jonathan F. Fanton Director of the College's Roosevelt House Public Policy Institute. Holzer, who until last month was the Senior Vice President for Public Affairs at The Metropolitan Museum of Art, is one of the nation's foremost scholars on Abraham Lincoln and the political culture of the Civil War era.

In his new role at Roosevelt House, which since its opening in 2010 has become a magnet for some of the world's top public policy and human rights leaders, Holzer will oversee the institute's public programming, student curricula and academic research."

Read the rest of the Hunter College announcement.