Not at the Rye YMCA

Not in the Navy

They will be at Rye Playland.

Rob "Macho Man" Astorino, aka Westchester County Executive, is inviting all of you to see and hear the Village People at Rye Playland on Saturday, September 5th at 8pm during Labor Day weekend. 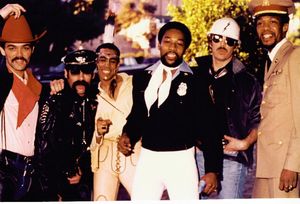 Here are the details:

Put on your platform shoes and bell bottoms and get ready for a throwback night of high-energy dance music and 1970s fun when Village People take the stage at Playland’s Music Tower Theater on Saturday, September 5, at 8 p.m.

With four decades of fans, numerous live shows, television appearances and their own feature film, Cant’ Stop the Music, the one-of-a kind Village People are recipients of a star on the Hollywood Walk of Fame, and their impact on music has earned them the title “Kings of Disco.” These pop culture icons have sold over 100 million recordings, and are known for hits such as “Macho Man,” “Can’t Stop the Music,” “Go West,” “In The Navy,” “San Francisco,” and, of course, the ever-popular party staple, “YMCA.”

The concert is free with park admission, and will be held rain or shine. There is limited seating available, so bring blankets and chairs for lawn seating.

Admission prices are $30 for unlimited rides and $20 for juniors (under 48”). Westchester residents with acceptable proof of residency are eligible for a $5 discount. Spectator admission (no rides) is free for Westchester County residents and $10 for non-residents. Parking is $10.