Former Rye Mayor Edmund Grainger, age 92, passed away peacefully on October 18 at his home in Rye, NY. Grainger served as mayor from 1966 to 1973. Visitation services will be Tuesday and the memorial service Wednesday, details are below. 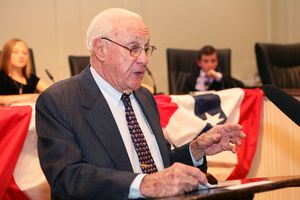 He had a distinguished career in law, government, philanthropy and community service. Ed was Managing Partner of his law firm in New York City. He served as Chairman of Village Bank from 1980 to 1989. He was President of several charitable foundations. Eds government service included Special Assistant to the Attorney General of the United States, Tax Division from 1953 to 1955. He was passionate in service to his community, Rye, NY, serving as City Judge and Council Member. He was elected Mayor and served from 1966 to 1973.

As Mayor, he teamed with his counterpart in Oyster Bay, Long Island to successfully defeat Robert Moses' plan to build a bridge between the two communities. After serving as Mayor Ed was Chairman of campaigns for the Rye YMCA capital fund, Rye Performing Arts Center fund and the Rye Historical Society Knapp House fund. He was a Trustee of The Osborn Retirement Community and an original founder of the Rye Babe Ruth League and Rye Little League. Ed was a member of the American Bar Association, Association of the Bar of the City of New York and Westchester Bar Association. He was a past Governor and President of the Apawamis Club and past Governor and Chairman of the Westchester Country Club. He was a member of the US, the Westchester and the Eastern Senior Golf Associations. 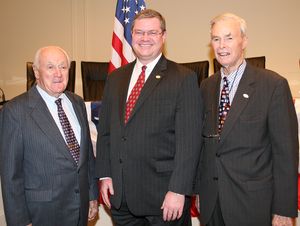 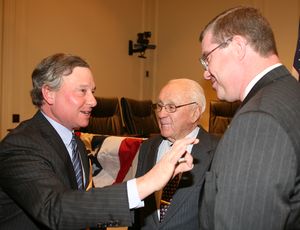 Ed received a B.S. from Georgetown University in 1943, J.D. from Yale University Law School in 1945 and an L.L.M. in Taxation from New York University in 1954. At his home in Rye, NY. Ed and loving wife Ginie celebrated 67 years of marriage in June. Ed was the devoted father to Terry, Jeff, Janet (Byrne) and Kathy (Hobbins), 12 grandchildren and one great-grandchild.