What Rye office are you running for: Rye City Council 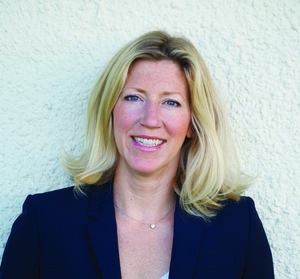 SEARS: What do you read to keep up with politics, art and culture?

HURD: I listen to NPR when I can, and read the NY Times, the Huffington Post and Skimm’d every morning.

SEARS: What do you read to keep up with friends?

HURD: I don’t read to keep up with friends. I make plans to see them.

SEARS: What political leaders of today do you admire and why?

HURD: Having spent the better part of three years in Tunisia, North Africa, working with human rights groups, I admire the leaders of two trade unions there – UGTT and UTICA – both part of the “Tunisian National Dialogue Quartet.” This Quartet received the Nobel Prize in 2015 for the groups' decisive contribution to the building of a pluralistic democracy in Tunisia in the wake of the country’s 2011 Revolution. The Quartet, formed in 2013 when the democratization process was in danger of collapsing and the country was on the brink of civil war, was instrumental in enabling Tunisia to create a constitutional system of government guaranteeing fundamental rights for the entire population, irrespective of gender, political conviction or religious belief.

SEARS: Why are you running for office?

HURD: Rye deserves a City Council that addresses and anticipates the community's needs. This Council is slow to respond to issues such as overdevelopment, flooding, streets and sidewalks as well as the character and vibrancy of our downtown. This creates a frustrated public and a City that fails to maintain high-quality infrastructure and a strong sense of community. I will work to control taxes, maintain services, address quality of life issues and respond to residents efficiently and effectively.

SEARS: Why are you running for office now?

HURD: Rye stands at a crossroad. In one direction is the status quo: a City Council that is slow to respond to residents' concerns. Slow to take advantage to opportunities to ease residents' tax burden. Slow to protect Rye's quality of life, its historic houses and its downtown business district's vibrancy. In the other direction is a City Council that listens to residents and works to ensure that well-maintained infrastructure, pedestrian-friendly streets, lovely public spaces and first-rate municipal services are provided economically. On Election Day this November 3, Rye voters will get to choose between keeping the City government as it is now, or infusing it with new responsiveness and energy. My running mates, Danielle and Jeff, and I are running to bring you that responsive, energetic and effective City Council. We intend to address Rye's challenges when they emerge, not when it is too late. It's time to make our voices heard.

SEARS: What are the three most important issues in Rye City heading into 2016?

SEARS: What are the three of the most important capital projects that need to be funded in 2016 and how much does each one cost?

HURD: See my answer above regarding infrastructure. Cost estimates will have to be vetted through the City's capital budget process when actual projects are scoped-out and properly estimated. Speculating outside this analysis is not appropriate. However, while I can’t speak to cost estimates, I can provide for some thoughts for funding the projects.

SEARS: Please answer the following questions yes or no.

Tell us more about you:

SEARS: What do you do for your day job and how is it relevant to serving Rye City?

HURD: I am a stay at home mom and actively involved in a variety of community organizations. As a result, my finger is on the pulse of what families with young kids would like to see happen in their community.

SEARS: Tell us about your family, why you moved to Rye and how many years you have lived in Rye.

HURD: My husband and I are raising three young boys, the oldest, Jack, is 5, Charlie is 3 and my youngest, George, will be two in December. We chose Rye over neighboring towns because of its strong sense of community, exceptional schools and charming downtown. From the moment we pulled up to our new home on Green Ave and all the moments since, I knew we had come to the right place

SEARS: What are your three favorite Rye traditions?

SEARS: If you could go to the airport right now with friends or family and fly anywhere in the world for vacation, who would you take and where would you go? [1-3 sentences]

HURD: I would take my mom to Cuba. She has always wanted to go.

SEARS: If you could create an endowment to fund any existing non-profit you designated, what lucky non-profit organization would that be?

HURD: Cancer research. My husband is a survivor and it affects too many of us.

SEARS: What are your three favorite Rye restaurants?

HURD:  On the Way Cafe for their chicken wrap, Aurora for Tuesday Wine Night and their Chicken Scarpariello and Piazza for a pepperoni pie. For a dinner at home I'd need a beef tenderloin from Crisfields, twice baked potatoes from Country Store, and the Balsamic Vinaigrette from June & Ho to top off greens from the Rye Farmer's Market.