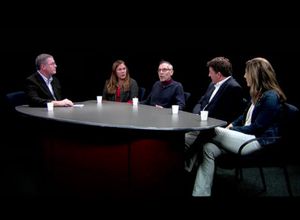 Rye Mayor Joe Sack, who is on a campaign to reduce the number of deer in Rye, recently interviewed a few local residents about their nightmare-ish experiences with Lyme disease on an episode of Eye on Rye. 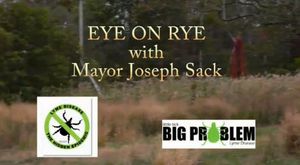 Lyme disease is spread in part by deer and according to the Lyme disease page on Wikipedia, "A community can reduce the incidence of Lyme disease by reducing the numbers of primary hosts on which the deer tick depends, such as rodents, other small mammals, and deer. Reduction of the deer population may, over time, help break the reproductive cycle of the deer ticks and their ability to flourish in suburban and rural areas." 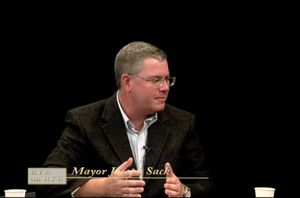 The Eye on Rye episode is called "Tenacious, Vigilant and Courageous:  Coping with Lyme Disease."  The Rye area residents candidly discuss their experiences with regard to detection, treatment and prevention of Lyme Disease.