What Rye office are you running for: I am running for re-election for a full four year term for Rye City Council. 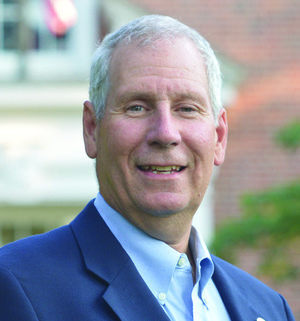 SEARS: What do you read to keep up with politics, art and culture?

SEARS: What do you read to keep up with friends?

SEARS: What political leaders of today do you admire and why?

SEARS: Why are you running for office?

MECCA: I am actually running for re-election because I feel this council is very good at looking at all issues very thoroughly. I have served on the Planning Commission as well as the Board of Architectural Review and have a good grasp of the issues facing Rye.

SEARS: Why are you running for office now?

MECCA: I was appointed to serve one year and ran unopposed for one year. I would like to keep the current city council on an even keel. I still have a lot to contribute.

SEARS: What are the three most important issues in Rye City heading into 2016?

SEARS: What are the three of the most important capital projects that need to be funded in 2016 and how much does each one cost?

SEARS: Please answer the following questions yes or no.

Tell us more about you:

SEARS: What do you do for your day job and how is it relevant to serving Rye City?

MECCA: I am the Sr. Electrical Code Enforcement Officer for the City of White Plains. I understand City government and state Codes, Rules and Regulations. As a municipal employee, I am familiar with union contracts.

SEARS: Tell us about your family, why you moved to Rye and how many years you have lived in Rye.

MECCA: It was 1980 and the prime rate was 16%. The only house we could afford happens to be in Rye. Being from Port Chester, we were quite familiar with the “village”. We renovated our house on Horton Street and proceeded to expand our family.

SEARS: What are your three favorite Rye traditions?

SEARS: If you could go to the airport right now with friends or family and fly anywhere in the world for vacation, who would you take and where would you go?

MECCA: My wife Adrienne. We would go to Hawaii then to Alaska. The only states we have not visited.

SEARS: If you could create an endowment to fund any existing non-profit you designated, what lucky non-profit organization would that be?

MECCA: The YMCA. I like the “mind, body and spirit” concept.

SEARS: What are your three favorite Rye restaurants