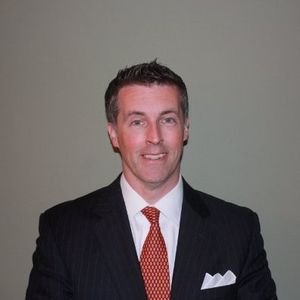 NEW POLICE COMMISSIONER
Appointment of Police Commissioner
City of Rye, New York, December 2, 2015– On the evening of December 2nd, 2015, the City Manager for the City of Rye New York appointed Michael C. Corcoran as the new Police Commissioner beginning February 1, 2016. The City Council voted unanimously to give its approval and consent to that appointment, as provided in the City Charter.

City Manager, Marcus Serrano announced today that “after a national search and intensive interview process, I am proud to have appointed Michael C. Corcoran as the new Police Commissioner for the City of Rye and appreciate the City Council’s support
in affirming my appointment”.

City Manager Marcus Serrano stated “Mr. Corcoran comes to the City of Rye with over twenty-five years of experience in law enforcement, is a member of the Bar, and a graduate of the Federal Bureau of Investigation National Academy. He was described by his references as a leader and a man of the highest integrity. I was impressed by Mr. Corcoran during the interview, specifically on his leadership and command skills; skills that are both necessary and desirable in Rye’s next Police Commissioner. But I was even
more impressed by the comments I received from individuals that worked for Mr. Corcoran as well as he worked for”.

Marcus Serrano stated “I am proud to appoint Mr. Corcoran as the new Police Commissioner. I am positive that Mr. Corcoran will move the Rye Police Department forward and continue to provide the services to the City of Rye residents in a continued professional and friendly manner the residents expect.”

Mr. Corcoran comes to the City with twenty-five years of experience in law enforcement. He was the Deputy Chief of Police for West Orange, New Jersey. In this position he was in charge of all operations, investigative and emergency management for a force of nearly 100 officers. As a Lieutenant he was chosen as the person to lead the internal affairs.

Mr. Corcoran stated “I am honored of the trust the City Manager and Council has placed in me. I cannot put into words my feelings I have in this honor. I am happy that I will be able to continue my career with such a great City. I look forward in working with all the officers, City Manager, City Council, all departments and residents of the City. You will find me to be an open person that is not afraid of rolling up my sleeves and working to the best of my abilities with everyone. I would like to again thank the City Manager and Council for this great opportunity and I will do all I can to make the Rye Police Department the best it can be.”