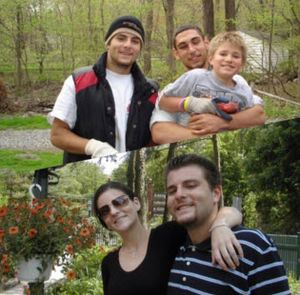 (CLARIFICATION: Dewey was a former head coach. He originally served as the assistant coach under his mother who was the RHS head swim coach. When his Mother moved on to a different position, he became the head swim coach from about 2009-2012: approximately 3 school years. He resigned after 3 years. Lara Vivolo currently serves as the boys swim coach and Shandon Bolger is the current girls swim coach. Thanks to Sarah Derman for the clarification.)

He was born March 6, 1987 in New York City, NY to Carleanne Fierro and Stephen P. Dewey. He was educated at Saint Patrick’s Elementary School and Fox Lane High School. He was the swim coach at Westchester Aquatics Club in New Rochelle. He was also the coach for the boys swim team at Rye High School, summer league coach for Larchmont Shore Club and Westchester Hills Country Club. Pool director and head coach at Pound Ridge Town Pool.

His passion in life can truly be found with the children he inspired in and out of the pool. He was an avid outdoorsmen and loved nature and its beauty. He cherished the time with his friends in the outdoors.