The Rye City School District today named Michael Arias as Director of Health, Physical Education and Athletics. Arias was appointed by the Board of Education at its Tuesday tonight, and will assume his post on July 1, 2016. Arias succeeds Rod Mergardt, who served as the District’s Interim Director for the 2015-16 school year. 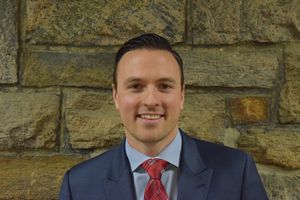 Superintendent Frank Alvarez said, “Michael Arias is a proven leader and administrator. He led a successful athletic program while ensuring and outstanding educational experience for student athletes. We are excited to have Michael join the Garnet family.”

“I am honored to be the new leader of the Rye City School District Department of Athletics,” said Arias. “The focus of the department will continue to be on providing students with the best possible experiences both inside and outside the competitive playing arena.”

Arias joins from Keio Academy, a private school. Keio is a participating member NYSPHSAA, the New York State Public High School Athletic Association, Section One. During his time at Keio, Arias supervised 25 coaches in an athletic program that captured numerous League, Section, Regional, State and Federation titles. While at Keio, he sought to establish a collaborative culture of respect, dedication and professionalism amongst colleagues and community members.