Why is an Allen Edmonds Shoe Named After Rye NY?

Being an Allen Edmonds fan, I was curious to discover the company had named a shoe – Rye NY Dress Loafers – after Rye City.

MyRye.com contacted the company to learn the shoe, made in Port Washington, Wisconsin, has been discontinued but that this shoe, like so many others at the company, was named by the company's CEO, Paul Grangaard. 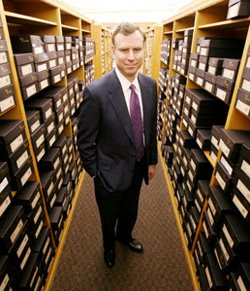 Holly DiFrances, a very helpful (and prompt) rep in the company's service department told us "I am sorry, that footwear has been discontinued. The CEO of the company is the one who gets to name the footwear. I am sure he has a rhyme and reason why."

We asked Holly to relay our curiosity to Grangaard to get the rest of the story.

"I just thought it looked like a suburban weekend shoe much more than a downtown work shoe," said Grangaard. "I had a friend who worked in NYC but lived in Rye, NY and he loved how far away work stress seemed to him when he was in Rye, even though Rye is one of the bedroom communities closest to Manhattan."

No word who the friend is in Rye or why the shoe was discontinued. 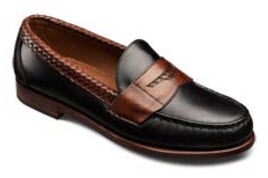