Rye Town Park, currently in the middle of a selection process in regards to its management for the next twenty years, has named a new director. After reviewing sixteen applications and conducting multiple interviews, the Rye Town Park Commission announced its selection of a new Director for the park, Teresa (Terry) Fanelli. 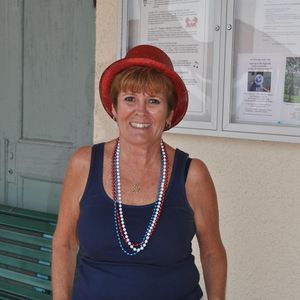 Gary Zuckerman, Rye Town Supervisor and President of the Rye Town Park Commission, commented, “After an extensive search of four months, I am pleased that the Commission has unanimously selected Terry Fanelli as our new Park Director. Her knowledge and commitment to Rye Town Park is exemplary and we are thrilled that she has accepted the position. I am sure that she will do a terrific job for Rye Town Park and all its visitors.”

A long-time resident of Port Chester, Ms. Fanelli has worked at the park since the spring of 2009 — first as Cashier Supervisor, and starting in 2012, as Assistant Park Director for Finance. Since 2008 Ms. Fanelli has worked concurrently as After School Administrator for the Port Chester Council of the Arts. She has been serving as Acting Park Director since the spring of this year. Ms. Fanelli is the Park’s first woman director.

Prior to joining Rye Town Park, Ms. Fanelli had a long career as a senior operations executive in banking, working with firms such as Fieldpoint Private Bank and Trust, USA Bank, and the US Trust Company.

In accepting her new position, Ms. Fanelli said “I am delighted to be given this opportunity to make the park the best that it can be.” She noted that one of her priorities will be to make the park’s operations run as efficiently as possible. “We want visitors to feel that the park is being managed with the quality of their experience in mind.”

“I look forward to getting out into the park to see that all the park employees are working effectively to achieve the park’s goals,” said Ms. Fanelli. “We want to make people welcome when they come to Rye Town Park,” she concluded.

Rye Town Park is a 62-acre preserve located at 95 Dearborn Avenue (off Forest Avenue) in the City of Rye, New York. It was established in 1907 by an act of the New York Legislature. The main buildings were completed in 1909. Generations of families have made happy memories at the park and beach over the more than 100 years of its operation. The entire park was placed on the National Register of Historic Places on April 18, 2003.

The preserve has 28 acres of lawns, paths and a pond, as well as an expansive beachfront of 34 acres.