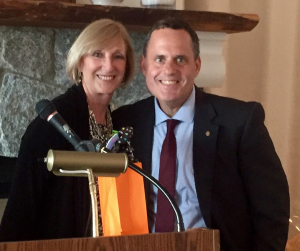 On July 1, 2016, Jason L. Mehler was officially sworn in as Rye Rotary Çlub’s president for a one-year term. Mehler has been a member of Rye’s local Rotary chapter for the past three years, serving as the club’s vice president and also as the speakers coordinator. He succeeds Pamela Dwyer who served as president for the past year.

Mehler first moved to Rye in 2000. He is currently serving his second term on the Rye Town Park Advisory Committee and was previously a member of the Rye Recreation Commission. He is also an American Red Cross volunteer. Mehler ran unsuccessfully in the past for Rye City Council and the Rye Board of Education. 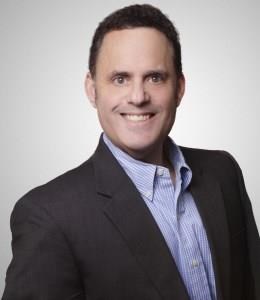 At the helm of Rye’s local Rotary chapter, Mehler intends to continue his involvement recruiting new members and expanding the club’s reach throughout the community. “We always try to recruit new members,” Mehler said. “A few years ago, our numbers were steady, but we recently added 12 new members and there is tremendous interest by others in the community to join the club.”

Rotary is a volunteer organization of 1.2 million business and professional leaders united world wide to provide humanitarian service and help build goodwill and peace. The primary mission of Rotary is to conduct projects to address today's challenges, including illiteracy, disease, hunger, poverty, lack of clean water, and environmental concerns, while encouraging high ethical standards in all vocations. The Rye Rotary Club is one of approximately 32,000 Rotary clubs in more than 200 countries.

The Rye Rotary Club provides annual need-based scholarships at Rye High School as well as other grants, community and vocational awards throughout the community. Members also volunteer and help organize community initiatives including the Bread for Life food drive as well as YMCA blood drives. The Rye Rotary Club conducts weekly breakfast or lunch meetings, held at Whitby Castle at Rye Golf Club or Ruby’s Oyster Bar and Bistro on Purchase Street in Rye. Club members listen to a variety of guest speakers ranging from local dignitaries to prominent local residents. The purpose of the speaker series is to provide club members with a knowledge of local issues in order to enhance their volunteer efforts throughout the community.

If you are interested in joining the Rye Rotary Club, contact Jason Mehler by email, jmehler@aol.com, or by phone, 914-943-6450.