There are certain things in Rye that are part of the fabric of our city… the little league parade, Halloween window painting, and of course Jerry's Bacon, Egg and Cheese. A big MyRye.com smile for the following homage to this Rye finery, posted online by Andrew Kranichfeld. 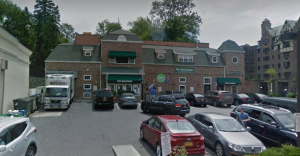 He describes its many variations including "with salt pepper and ketchup. Others with hot sauce and a hash brown. Some with pepper jack, cheddar, or mozzarella instead of american cheese. And for the most voracious of eaters, two eggs, with chili, a chicken cutlet, hot sauce, and a hash brown".

Here is an excerpt:

"A Rye Tradition: The Jerry’s Bacon, Egg, and Cheese

It’s around 5:30 am Saturday morning, and something special is taking place. From the outside, Jerry’s Post Road Market looks the same, and surprisingly somehow smells the same. But upstairs in the kitchen, a metamorphosis is underway. raw bacon is being skillfully sizzled into savory, delicious bacon.

This isn’t your family-sized breakfast serving…This is Wilbur’s worst nightmare. Most locals might guess thirty, or even forty pounds. But the number is actually closer to eighty pounds of cured pork. At this point you may be asking yourself ”is Paul Bunyan in town for an all you can eat buffet?” but the reason for the bacon bonanza will become clear in just a few hours."

Facebook
Twitter
Email
Previous articleIt’s Rye Football Time: The OG is Back with a 2015 Season Recap
Next articleRye Football: Look Back at 2015 Honors